When Topshop was acquired by ASOS, word from the fashion ecomms PR team was that this was GREAT news. But according to insight agency Freemavens, all was not as rosy as we were being led to believe. On a post shared on LinkedIn, Freemavens shared the social conversations on Twitter prior to, during and after the ASOS/Topshop acquisition announcement was made.  Negative sentiment outweighed the positive, and trust in the company fell.

Like many people, I had failed to properly consider the wider picture of a deal like this. Yes, a high street favourite had been ‘saved’, but it had also been lost from that very high street we were so used to seeing it on, and with it thousands of jobs were put at risk.

A small but worthwhile lesson that what we believe or read to be the case, might not always be true and a solid reminder to widen your lens. Below are the four slides Freemaven shared on LinkedIn, entitled: How ASOS lost Consumer Trust in a Day’. 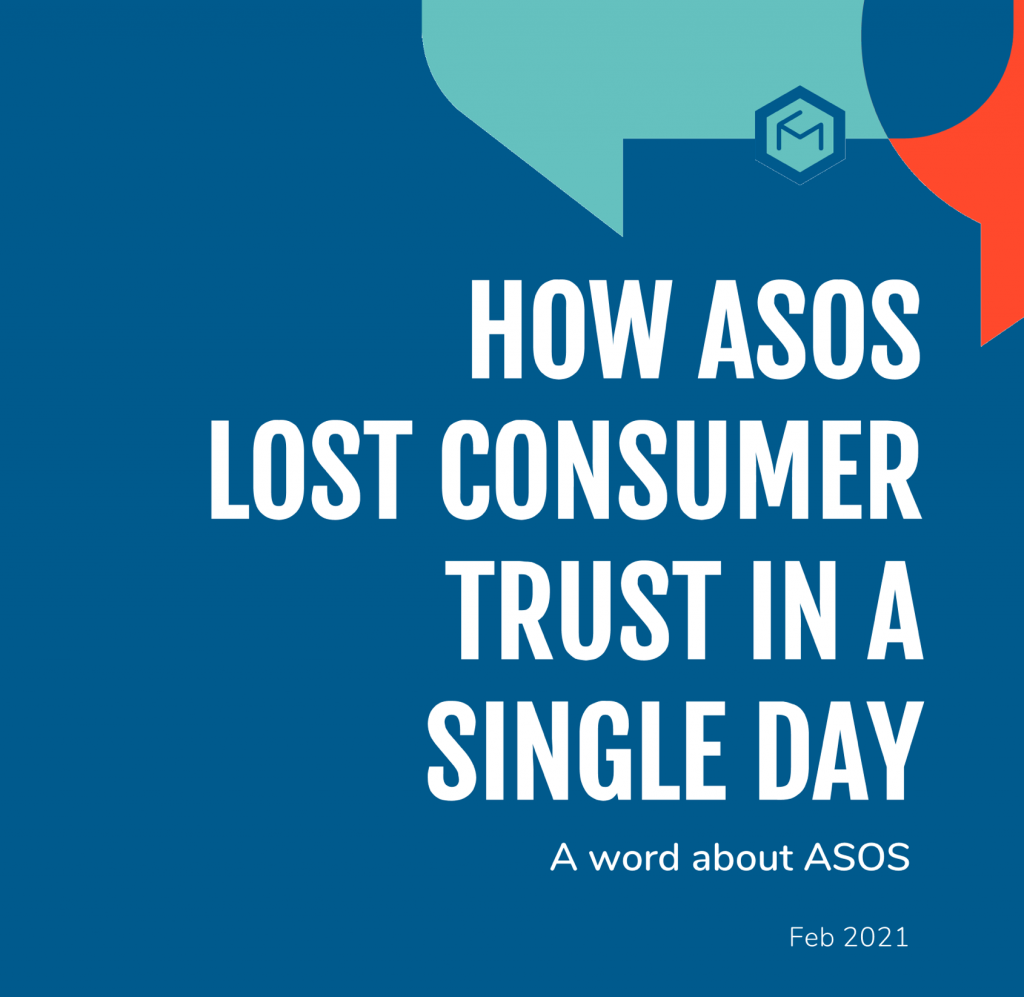 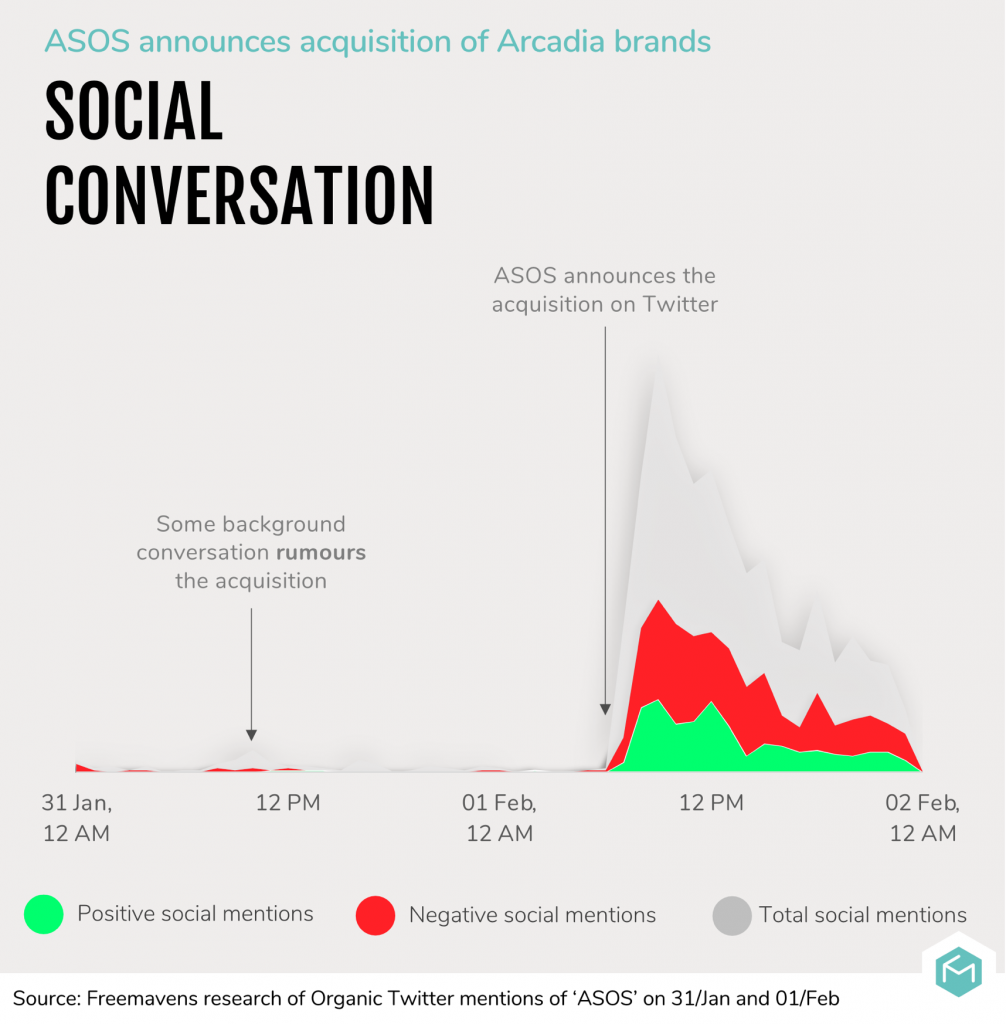 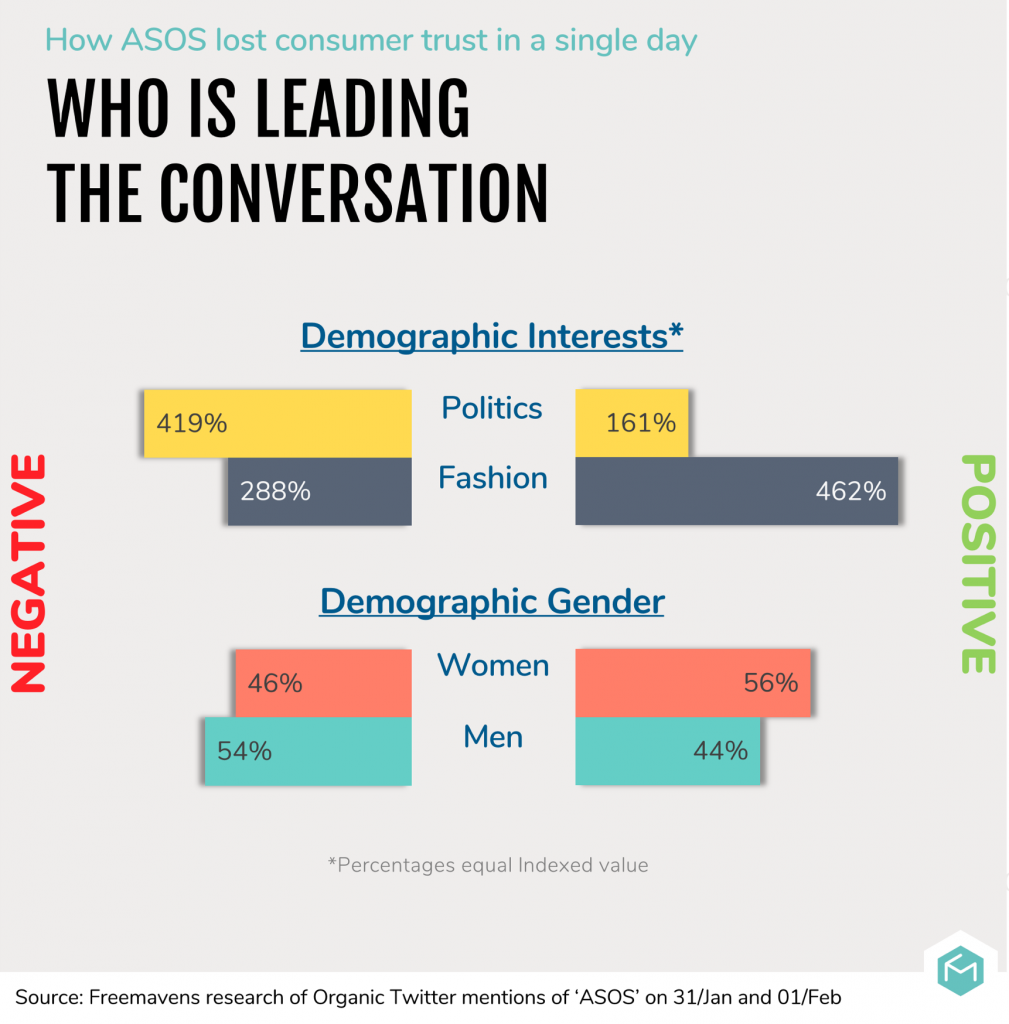 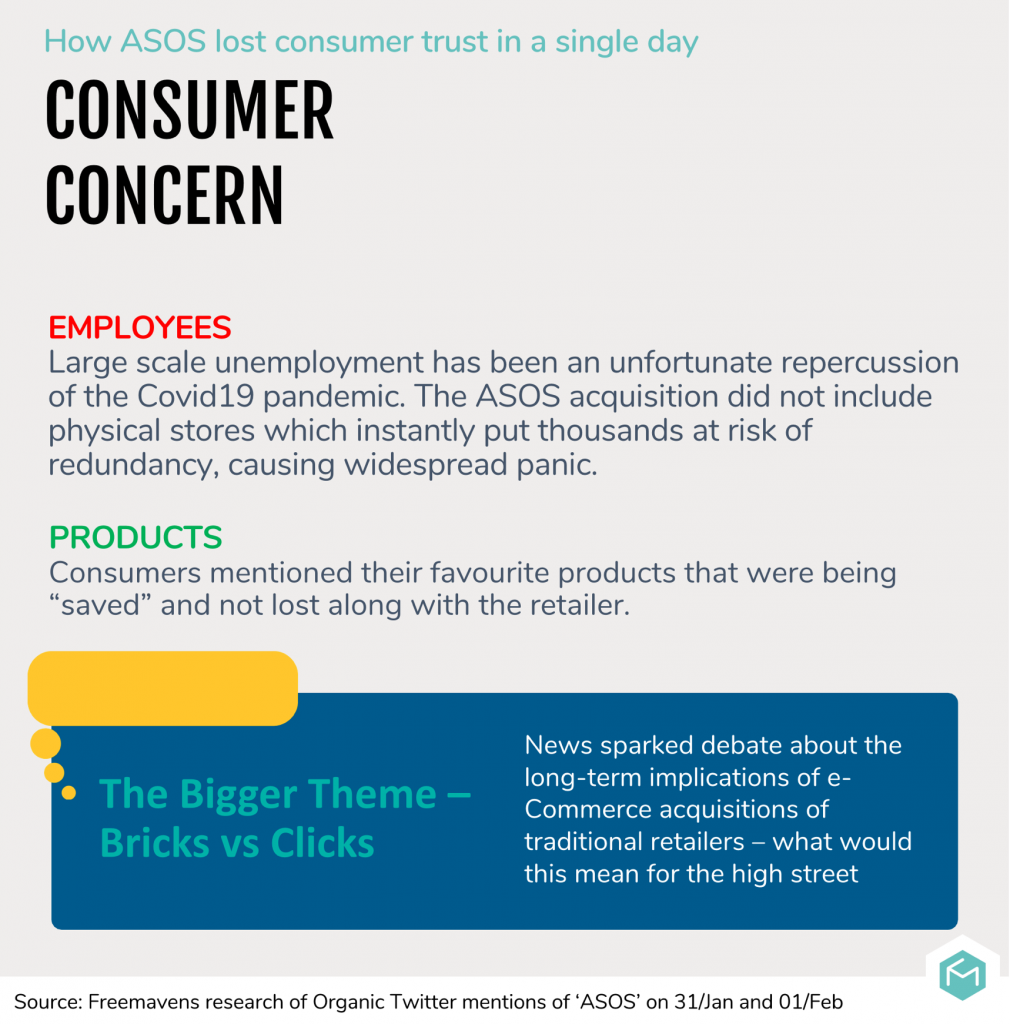 Don’t forget to sign up to my email, Rambling On, for more interesting stuff for interested people.